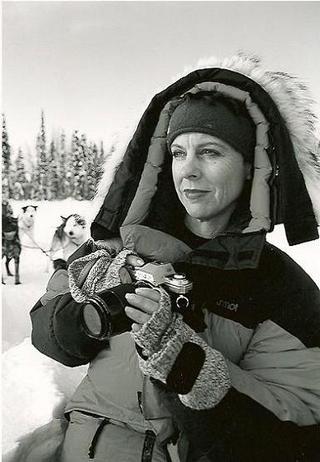 SHERRY SHAHAN fell in love with Alaska during her many visits doing research for her novels. 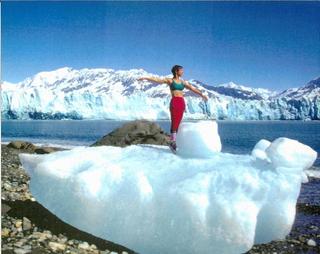 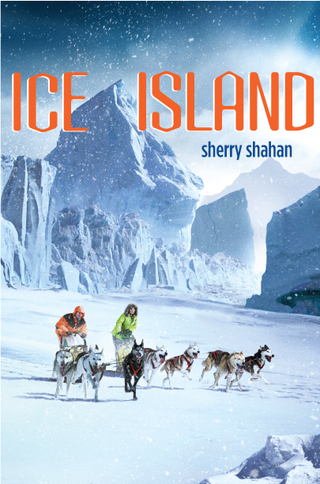 I was inspired to write "Ice Island" when I visited St. Lawrence Island, Alaska, after
the 1,049-­‐mile Iditarod Trail Sled Dog Race.

This remote island lies west of mainland Alaska in the Bering Sea—about 230 miles
southwest of Nome. Yet it’s less than 40 miles from Russia.

It was mid-­‐March, and  freezing cold. I had flown to Nome in part to cheer on Iditarod
mushers as they crossed the finish line. While walking  the  icy streets of the historic
gold-­‐mining town, I fell  in love with the rustic buildings and  the beauty  of the frozen
Bering Sea.

From Nome I flew to a small village on St. Lawrence Island. Bundled up against the
cold, I wandered through the streets and talked to Native men repairing walrus-­‐skin
boats, called angyapik  in the Yupik language.

I was startled by  the sight  of polar bear hides drying on racks, and amused by children
playing with large chunks of ice, stacking them  like blocks.

I remember thinking, One of these days I’ll use these details in a story.

What begins as a training run with sled dogs turns into a race against time  for 13-­‐ year-­‐old Tatum, who is visiting Santa Ysabel  Island for a week, and her new friend, a Siberian Yupik  boy named Cole.

When a freak blizzard hits this remote  island off the coast of Alaska, the two  are forced to seek shelter in a dilapidated hunting cabin. Stranded in the wilderness, the pair must
rely on each other—as well as their faithful huskies—to survive subzero temperatures
and bone-­‐numbing exhaustion as their food supply runs dangerously low.

In this riveting do-or-die adventure, Sherry draws on her dozen treks to Alaska for authentic and startling details of the unforgiving environment and its challenges. Readers should bundle up before trailing Tatum and Cole, and their incredible huskies into the frozen north.